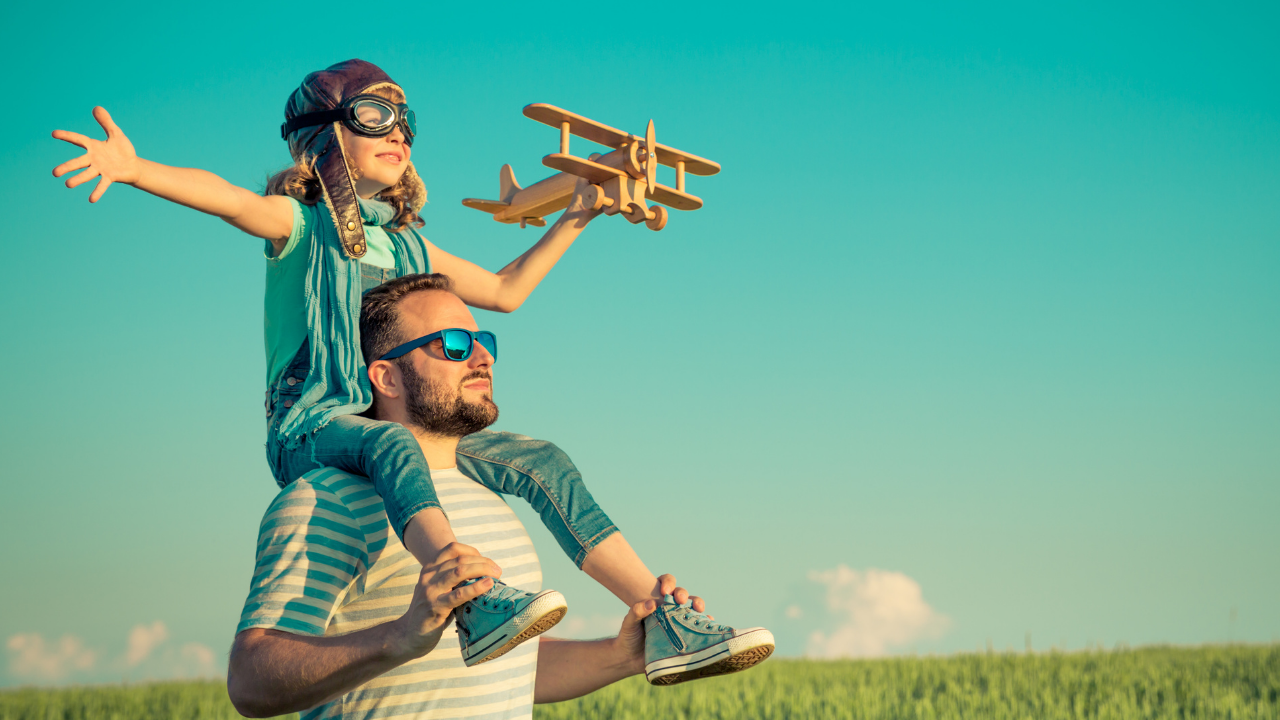 Security… what does that mean to you? If you lived in a war zone, security would probably mean a well-stocked underground bunker, where you would be safe from the ravages of war. But for most of us, the one word that generally goes hand in hand with “security” is “finances.” We are concerned about our finances, more than we are about anything else.

Sadly, there are all too many people who are not engaged in their own finances. I’m not talking about paying their bills; I’m talking about planning for their financial future. They lack the interest and knowledge about how to plan for their future, and so leave that in the hands of “others,” without really knowing who those others are. This lack of engagement can have a negative impact on their finances, their lives and society in general.

In reality, sound finances are all of our responsibility. If we don’t take care of our own finances, nobody else is going to take care of them for us. Thinking that those in the government or running the financial markets are taking care of our collective finances for us is foolish. Their concern is taking care of themselves; any benefit we receive through that is incidental.

There are six major ways in which secure finances matter, both to you as an individual and to society at large:

The first place that poverty strikes is in nutrition. Poor people, especially those in extreme poverty, rarely have access to nutritious food. Nor do they have a good understanding about nutrition. Basic information that most of us know, such as the food pyramid, can be completely foreign to them.

This leads to these people eating high carbohydrate, high fat diets, which are low on protein and other basic nutrients. Diets of this sort tend to cause people to gain weight, without providing them with proper nutrition.

Vitamin supplements, which are common in many middle-class homes, are a luxury that few impoverished people can afford. Rather, they look for the cheapest food that they can find to fill their bellies and prevent hunger. The poorer they are, the worse the quality of the food that they eat.

These people also eat a higher percentage of fast food, which is also high in calories and saturated fats. Fast food restaurants don’t market to the wealthy, who have better places to eat, but rather to the poor, who make up the majority of their clientele. A quick check of any fast-food restaurant’s website will show that the foods they serve are high in carbohydrates, high in fats and high in calories.

This leads us to the second way that financial insecurity hurts people, their health.

People living in poverty also suffer a disproportionate amount of health problems. This starts from their poor diets, which cause them to gain weight, without having the proper nutrition to maintain health. There are a number of common diseases, such as diabetes, which are the result of a diet poor in proper nutrients.

But there are other ways that poverty affects health. The lack of resources that impoverished people have makes it harder for them to have a healthy living environment. Infestations of roaches, rodents and other disease-bearing pests are much more common in poorer areas, where general maintenance of homes and apartments is lower that the norm for middle-class homes.

Due to their lack of finances, these people avoid preventative medical care. This results in much more serious complications and much more complex medical care when they do go to the doctor. In order to save money, it is not uncommon for people in poverty to go to the emergency room for minor ailments, because their Medicaid will fully cover that, while a visit to the doctor’s office has a co-pay attached to it.

But emergency rooms aren’t set up for the treatment of general illness. Rather, they exist for treatment of acute emergency care, specifically stabilizing critical care patients until they can see their regular doctor or specialist.  But these people don’t follow up with appointments at their family physician.

Many of the health problems we were just discussing are a direct result of lack of education. There is a direct correlation between poverty and education; or rather, the lack of education. Those who are poor don’t usually recognize the value of education, so they don’t encourage their children to study. This then perpetuates the poverty into the next generation.

In our technological society, education correlates directly to how much money one makes. There are few high-paying jobs that don’t require extensive training, either in college or in a trade school. Yet the poor not only don’t understand the value of that education, for the most part they don’t have the financial resources to pay for higher education. In more extreme cases, children drop out of school early, so that they can start working and helping to support the family.

Schools in impoverished areas tend to provide lower quality education than those in higher income areas. Part of that is due to the funding of the schools and another part is due to the students themselves. Higher gang activity in poor areas forces school administrations to focus more on maintaining discipline and safety in the school, which takes away from the efforts they can put into educating the next generation.

Many children born into poverty graduate functionally illiterate, without marketable skills and with a higher level of overall ignorance. This leads to the next area: Economy.

Poorly educated people are limited in their life choices, especially in the work they are able to do. Finding work can be difficult; and what work they can find is for low-paying jobs. This again perpetuates the cycle into the next generation, as poor parents aren’t able to provide their children with the things they need for proper nutrition and education.

But there is a much broader affect that begins at this point; that of the overall economy of a community or nation. If we look at world history, we find it dominated by Europe and the United States. This is not just because we are reading American history books, but rather that most of the history of invention, and the industrial age which it brought about, has been in Europe and the United States.

Educated people are better able to generate wealth not only for themselves, but for their country as well. They are also much more likely to start their own businesses, which is the key driving factor in economic growth. This is true whether we are talking about the cottage industry level or major corporations.

The strong economy developed by the hard work of educated people brings us to the next major reason for sound finances: the impact on society.

It is not the government, but business which provides jobs to people. While the government does employ some people, each person they employ is living off the taxes charged to those working in the private sector. Without a strong private sector to support it, no government bureaucracy can continue forever. We saw this with the collapse of the former Soviet Union.

In 1999, Argentina faced a major economic collapse. Almost overnight unemployment shot up to 25%, with tens of thousands of people suddenly out of work. Crime rates skyrocketed immediately, especially in residential areas. People could no longer leave their homes at night and children were not permitted to play outside, due to the high risk of kidnapping.

The last important area in which poverty or the lack of sound finances affects us is in anxiety. If there is any one area that causes anxiety in people more than any other, it is in the area of finances. Anyone who thinks they have finally won the battle and rose above ignorance to conquer poverty, chances are they suffered a great deal of anxiety to get there. There is also a pretty good chance that they are still experiencing anxiety, as they are concerned about losing what they have gained.

A few important statistics on anxiety:

One of the most common results of anxiety is clinical depression:

p.s. You can avoid all of these problems by the financial decisions that you make. But in order to make the right decisions, you must first inform yourself, learning what you don’t know about your own finances.

You’ve got to take action; nobody else can do it for you. So why not start by watching our free informational webinar here!

p.s. If you don’t know where to start the journey to financial independencebook a FREE strategy session today!

One last thing… If you like this article, please share it so other people can read and enjoy it!

Ken is a retired investment advisor and Founder of UGRU Financial Coaching. His goal is to create positive and real financial changes in your life and is committed to helping you live financially free. 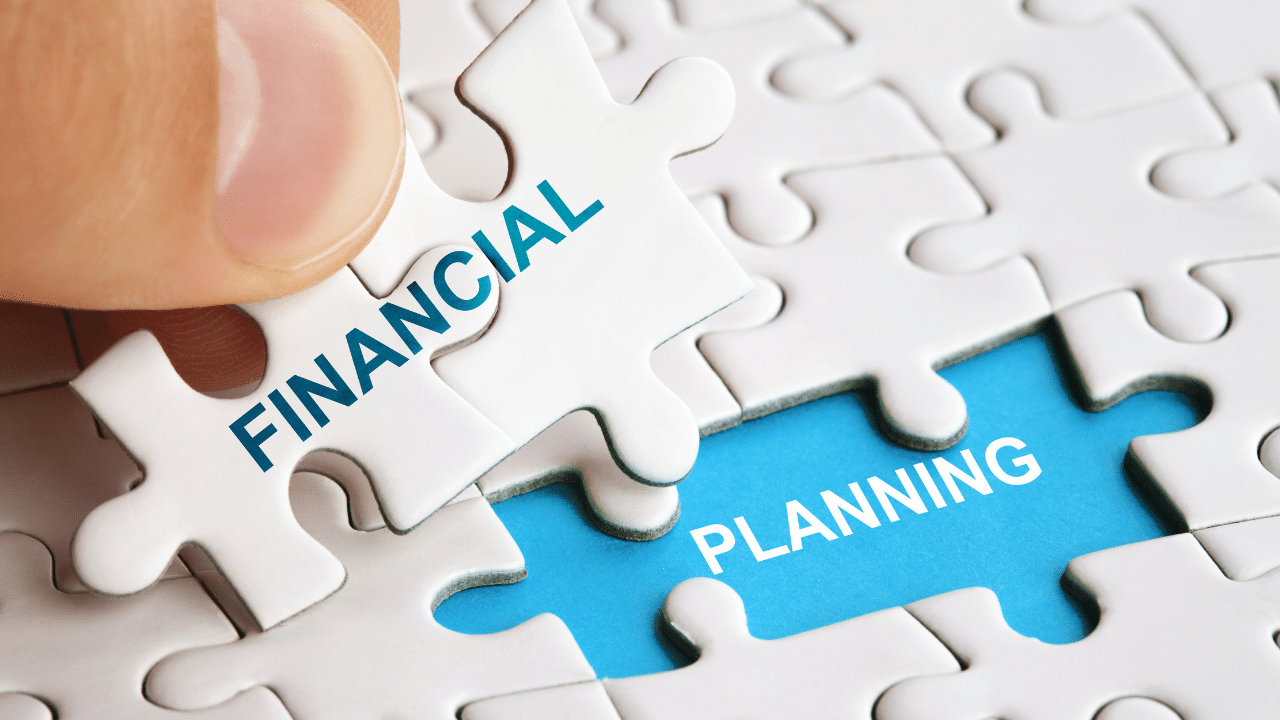 How to create a great financial plan for your clients 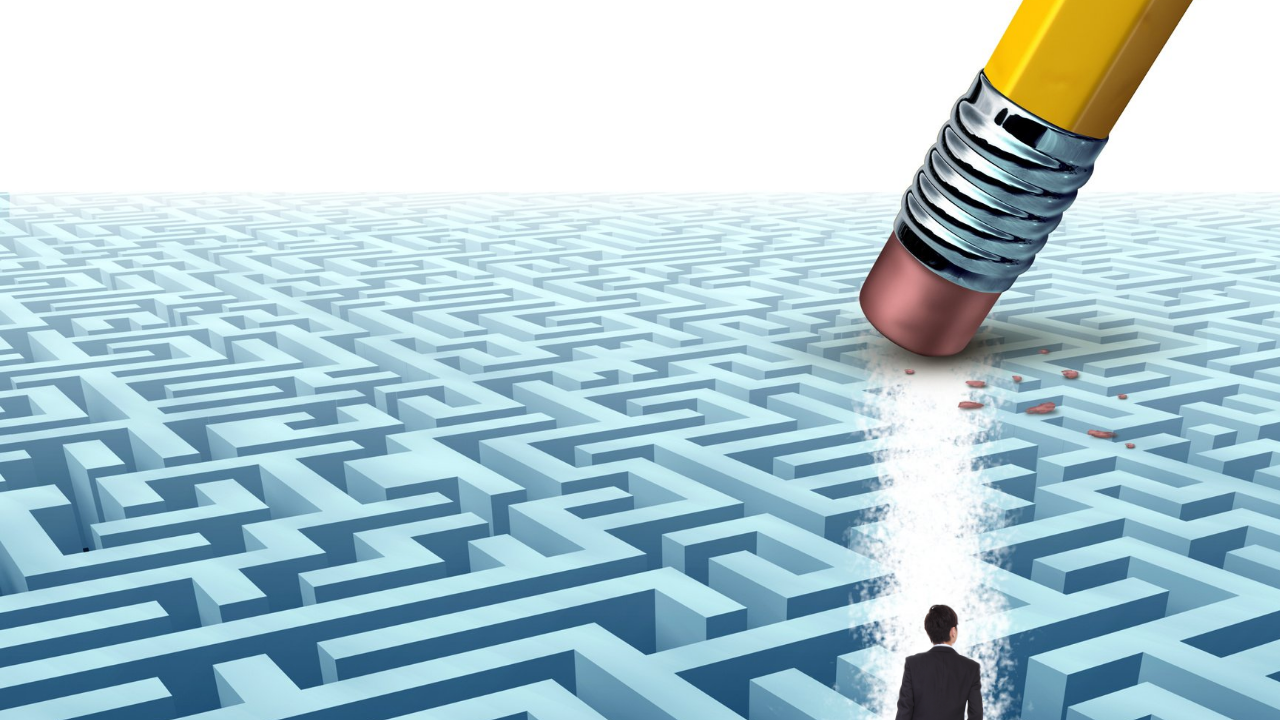 How to make your financial practice successful 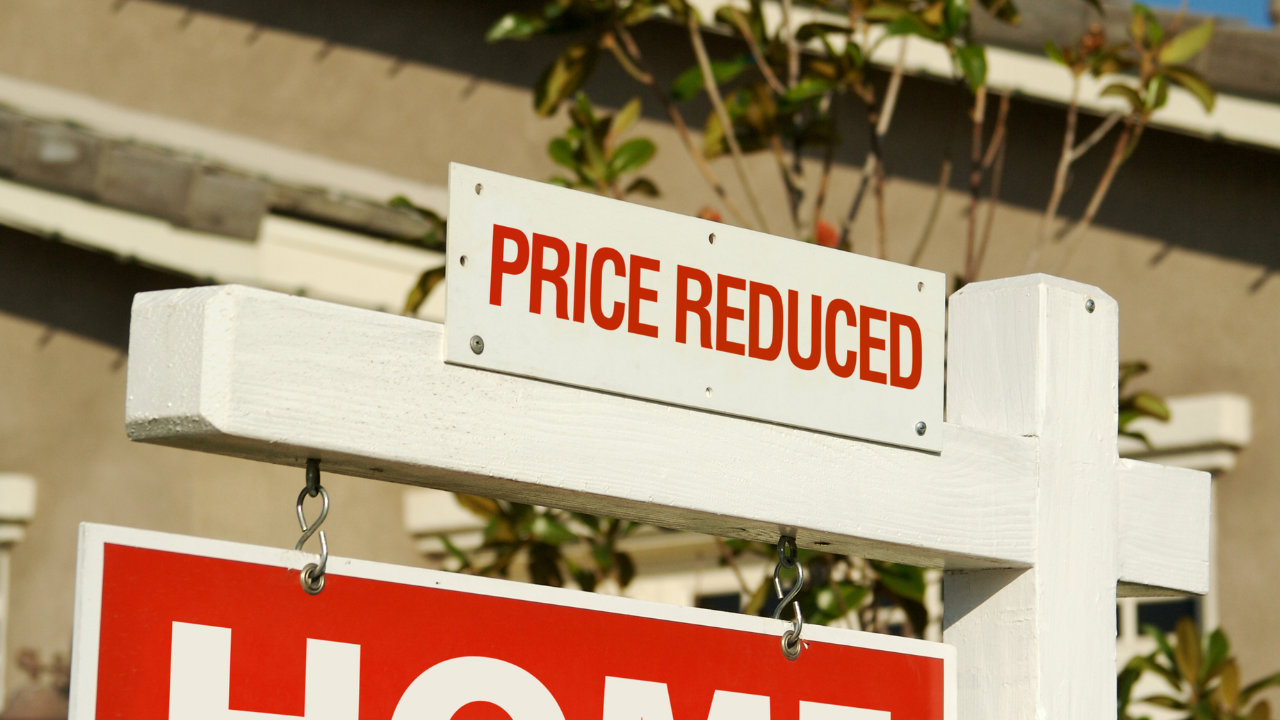 Housing Markets Will Crash, What Will You Do About It? 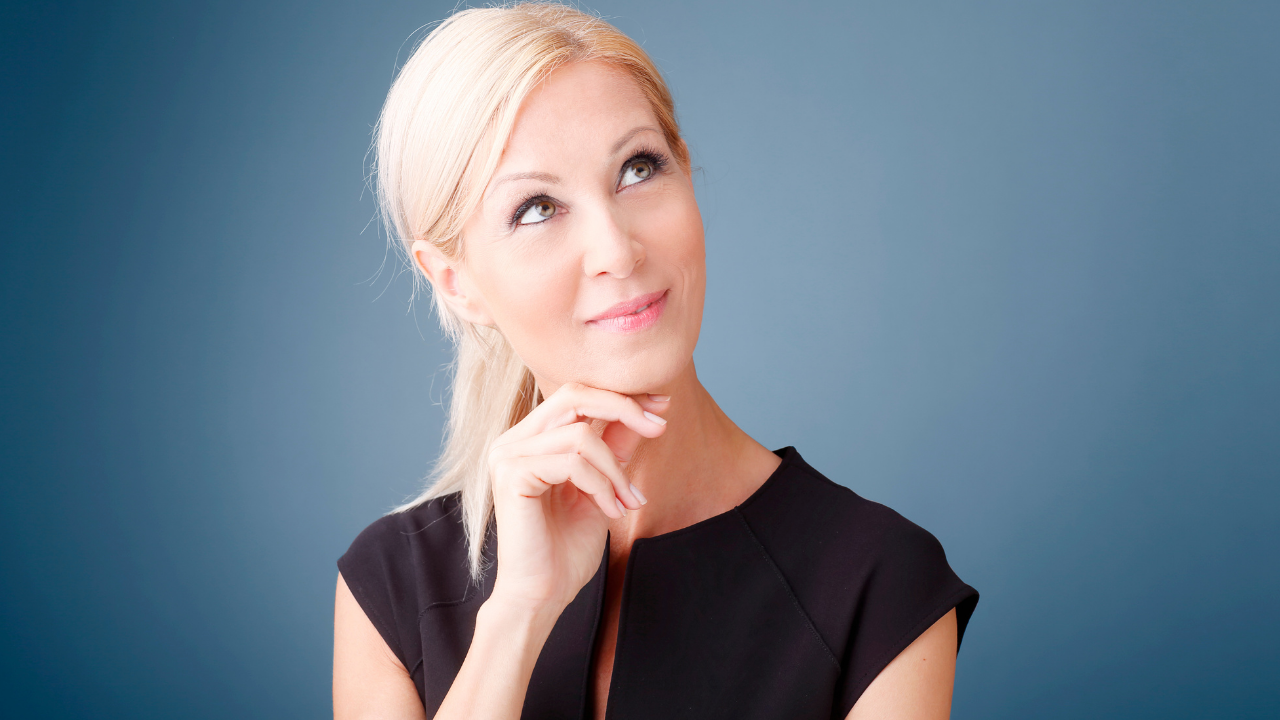 Insurance or Equities, which is Better for Your Retirement?

Get the Latest Updates!

No spam, only notifications about new products, financial tips and updates.

PrevPreviousBuying a Home? How to Guide For Your New Nest.
NextInsurance or Equities, which is Better for Your Retirement?Next
Facebook-f Instagram Linkedin Twitter